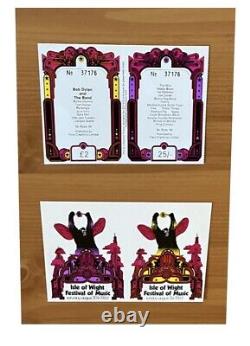 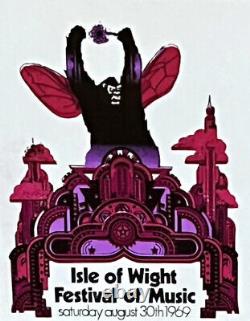 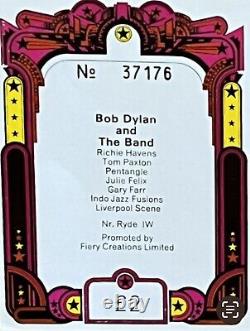 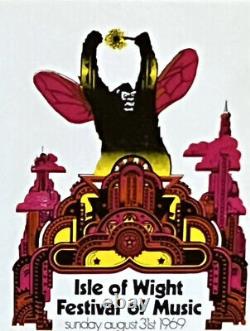 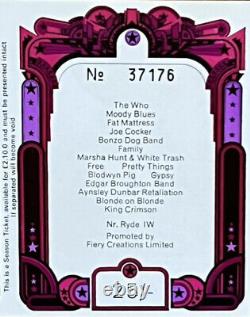 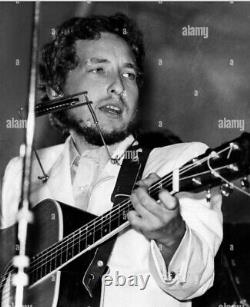 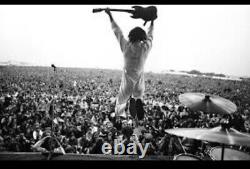 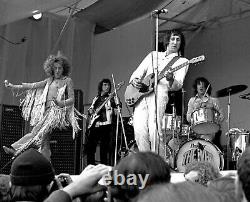 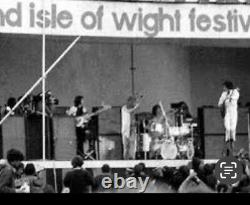 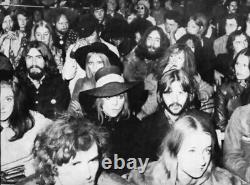 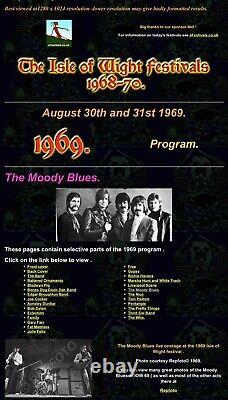 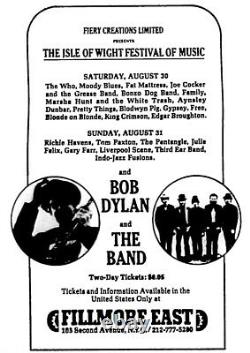 The 1969 Isle of Wight Festival was held on 29-31 August 1969 at Wootton Creek, on the Isle of When event was well managed, in comparison to the recent Woodstock Festival, and trouble-free. The festival attracted an audience of approximately 150,000 to see acts including Bob Dylan, the Band, the Who, Free, Joe Cocker, the Bonzo Dog Band and the Moody Blues. It was the second of three music festivals held on the island between 1968 and 1970. Organized by Rikki Far, Ronnie and Ray Foulk's Fiery Creations, it became a legendary event, largely owing to the participation of Dylan, who had spent the previous three years in semi-retirement.