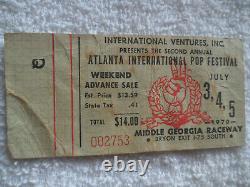 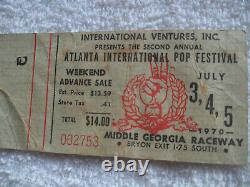 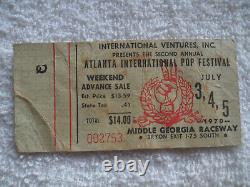 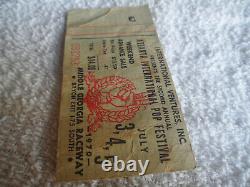 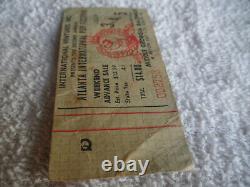 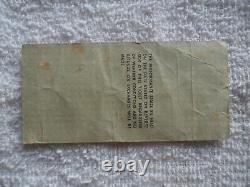 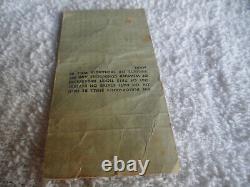 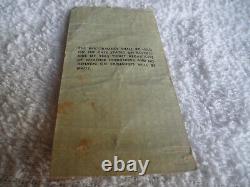 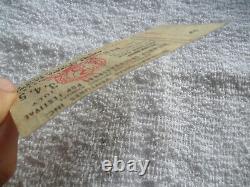 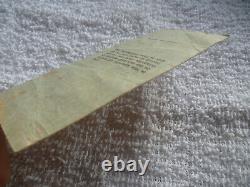 ATLANTA POP FESTIVAL concert stub from July 3rd, 4th and 5th, 1970. This stub is in fairly typical condition and shows wear, creasing, fading and discoloration. Overall still quite nice with no rips, pin holes or paper pulls. Few are in much better shape. It is the one seen here in the photos.

The event was promoted by Alex Cooley, who had organised the same event the previous year, as well as the Texas International Pop Festival. Like the Woodstock festival the previous summer, the event was promoted as three days of peace, love and music. Also like Woodstock, it became an "open event" when the promoter threw open the gates after crowds outside began to tear down the plywood fence that had been erected around the site. An estimated 350,000 to 500,000, and possibly 600,000 people attended. Performers included The Allman Brothers Band, Terry Reid, B. King, Procol Harum, Jimi Hendrix, Chambers Brothers, Poco, Grand Funk Railroad, Ravi Shankar, Ten Years After, Johnny Winter, John Sebastian, Mountain, and Spirit.

Jimi Hendrix played to the largest American audience of his career, presenting his rendition of the Star Spangled Banner for the fireworks around midnight on the Fourth of July. Jethro Tull was scheduled but did not perform, citing laryngitis. To view the Atlanta Pop Festival website with many photos and info.

Jimi's setlist: All Along the Watchtower Freedom Foxy Lady Purple Haze Hey Joe Voodoo Chile (slight return) Stone Free Star Spangled banner Straight Ahead Hey Baby. For more great photos and good information, go to. Please leave me a good positive comment so that I know you received your item and everything is fine, I will reciprocate. Thank you for shopping at ClaudeUSA. This item is in the category "Entertainment Memorabilia\Music Memorabilia\Rock & Pop\Artists H\Hendrix, Jimi\Other Jimi Hendrix Memorabilia". The seller is "claudeusa" and is located in this country: US.