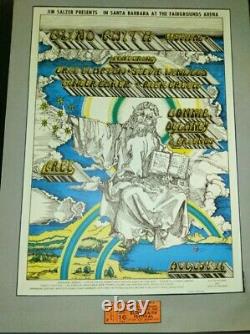 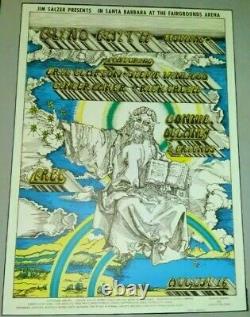 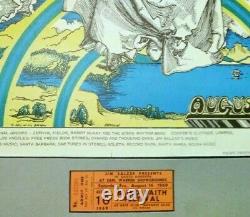 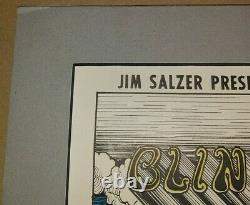 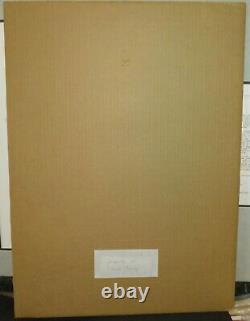 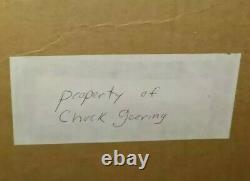 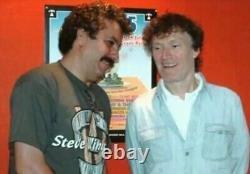 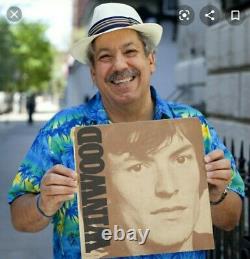 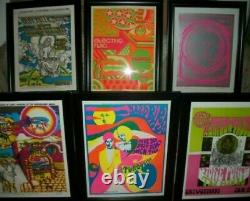 This listing features an original (1969) BLIND FAITH CONCERT POSTER & TICKET from a music festival which took place in Santa Barbara, California on August 16th, 1969. Considered the first super-group, Blind Faith was formed from the ashes of Cream and Traffic as Eric Clapton, Steve Winwood, Ginger Baker and Rick Grech got together for informal jams.

When the press and record companies got wind, they were pressured to go public, debuting on June 7th, 1969. By the end of August, only three months later, they had split. This astoundingly rare poster and unused ticket for the Blind Faith Festival was actually owned by Chicago Blues legend Harvey Charles "Barrelhouse Chuck" Goering d. Chuck was actually friends with two Blind Faith original members, Steve Winwood and Eric Clapton. On numerous occasions, Goering said that he grew up idolizing Winwood.

He also said Blind Faith was his favorite band. In fact, it was Chuck Goering who had this vintage poster and ticket professionally mounted.

When "Barrelhouse Chuck" passed away in 2016, this piece was hanging on the wall in his home! Chuck did the hard part. All you have to do is hang this beautiful piece on the wall!

Overall, this piece measures approximately 26.5 x 19.5 inches in size. It would look amazing in a frame! This piece represents a piece of music history. This vintage poster and ticket combo is over 50 years old and still in amazing condition! It should be noted that the poster is attached to the backing board and likely couldn't be removed without doing damage to the poster.

Considering the provenance of this unique piece, it's probably best just to leave everything as-is. The vintage Blind Faith Festival posters and tickets are very hard to find, in any condition! Most tickets were torn by the festival ticket takers. Only a few examples survived without being torn. The poster is a little easier to find. But only one example was owned by the Chicago Blues legend who performed at Barack Obama's inauguration! Definitely a great investment piece with significant upside investment potential!

Don't expect this one to last very long! The item "BLIND FAITH FESTIVAL (1969) CONCERT POSTER & TICKET Owned by Barrelhouse Chuck" is in sale since Tuesday, December 22, 2020.