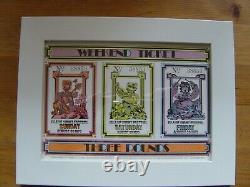 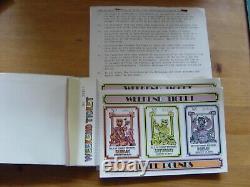 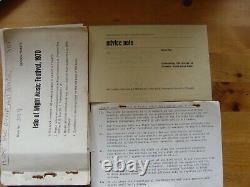 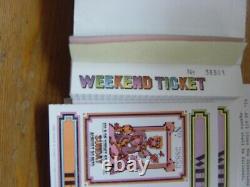 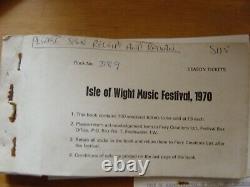 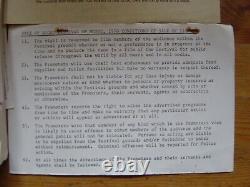 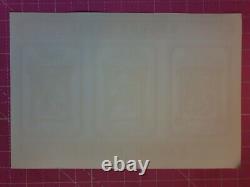 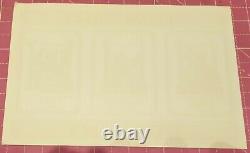 Isle Of Wight original mint festival weekend ticket August 1970-incredibly rare. Complete unused 3 day multicoloured, with the Dave Roe art. This was THE big one. Bigger than Live Aid & Glastonbury COMBINED. It was billed as The Last Great Event, how prophetic was that?

That was SIX times the entire population of the. So big that it had'streets' like Desolation Row. Just imagine over half a million flower-power children all in one place, in fabulous weather, listening to what must have been an all time dream team line-up, taking all sorts of recreational items, & just feeling the love. It was so hot people went skinny dipping in the sea & as for the girls. Mini skirts & that was about all.

My friend's mum, who was there, says you really could see an air of magic over the Island. The other really major, & poignant, significance is this was the last time most of us in the UK saw Jimi Hendrix live, in both senses of the word. Less than 3 weeks later he was found dead in the Samarkand Hotel in.

But for many it was the WHO that was seared into their memories for blowing the place apart. The year before they'd shown the world their polite face at. This year they waded in no holds barred.

Keith Moon's manic drumming, Entwistle in his skeleton suit, Townsend's power screaming through his wind-milling guitar & Daltrey became Tommy himself on stage. If that wasn't enough, you had The Doors, Free, Emerson Lake & Palmer (ELP), Joni Mitchell, Miles Davis, Jethro Tull, Melanie, The Moody Blues, Procul Harem, Donovan, Chicago, Ten Years After, Supertramp (yes, really), Hawkwind (well, of course), Leonard Cohen, Sly & The Family Stone & Joan Baez This is an original, never issued ticket & it is in mint condition (as much as it can be for a vintage item). This is the full weekend ticket, & it's numbered & printed in full colour. A real piece of music/popular culture history-fabulous for anyone who has any association with this time, year or date. Life On Mars fans would adore this!

It measures 178mm by 121mm-about the size of a paperback book & looks superb on any wall. Everyone mentions it when they see it. YOU WILL RECEIVE ONE TICKET UNFRAMED no stub. Please note, the extra pictures are for.